Shirley Temple is Missing by: Kelly Durham & Kathryn Smith America’s sweetheart has been kidnapped!
Kelly Durham, author of eight thrillers set against the backdrops of World War II and the Golden Age of Hollywood, and Kathryn Smith, author of Missy LeHand’s biography THE GATEKEEPER, team up in this debut Missy LeHand Mystery. - BUY BOOK
The Story

Marguerite "Missy" LeHand, private secretary to President Franklin Roosevelt, is visiting Los Angeles in the fall of 1935, enjoying a rare vacation while her boss takes a fishing cruise. During a meeting with child actress Shirley Temple, Missy invites Shirley--then the top box office star in the country--and her mother, Gertrude, to join her for a weekend in San Francisco. Unbeknownst to the women, Shirley's innocent remark about the Italian dictator Benito Mussolini's invasion of Ethiopia has made her the target of a kidnapping, which takes place as they travel north on the Coast Daylight, "the most beautiful train in the world." Recovering Shirley involves the FBI--whose bulldog director, J. Edgar Hoover, takes a personal interest in the case--as well as Darryl Zanuck, the bombastic head of Shirley's studio. Missy joins forces with Corey Wainwright, the attractive and capable FBI Agent-in-Charge in San Francisco, to both find Shirley and keep the story from leaking to the press. That is made doubly hard thanks to the presence of Joan Roswell, a failed actress-turned-reporter who is desperate to prove her worth to her newspaper editor. 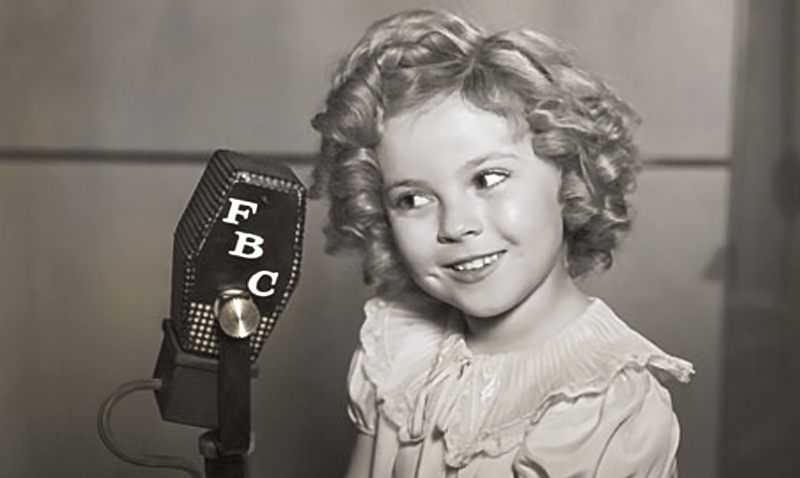 First in a Series

Colorful underworld characters, including the Irish crime boss of San Francisco and the madam of its most notorious brothel, fill out the cast of characters. The story climaxes with a daring exchange of money-for-Shirley and a thwarted boat escape in San Francisco harbor. This is the first in a series of novels featuring LeHand and Wainwright (alas, a fictitious character!), who develop a romantic flirtation over the course of the investigation.

Kelly lives in Clemson with his wife, Yvonne. They are the parents of Mary Kate, Addison and Callie, and also provide for their dog, George Marshall. A graduate of Clemson University, Kelly served four years in the U.S. Army with assignments in Arizona and Germany before returning to Clemson and entering private business. Kelly is also the author of THE WAR WIDOW, BERLIN CALLING, WADE’S WAR, THE RELUCTANT COPILOT, THE MOVIE STAR AND ME, HOLLYWOOD STARLET, TEMPORARY ALLIANCE and UNFORESEEN COMPLICATIONS. Visit his website, www.kellydurham.com, or contact him at kelly@kellydurham.com.

Kathryn lives in Anderson, South Carolina with her husband, Leo. They are the parents of two grown children and the grandparents of a growing brood of little ones. A graduate of the University of Georgia, Kathryn worked as a daily newspaper reporter and editor before entering nonprofit management work in Anderson. She is the author of the only biography of Marguerite LeHand, THE GATEKEEPER: MISSY LEHAND, FDR, AND THE UNTOLD STORY OF THE PARTNERSHIP THAT DEFINED A PRESIDENCY (Touchstone, 2016) as well as A NECESSARY WAR, a collection of interviews with World War II veterans.